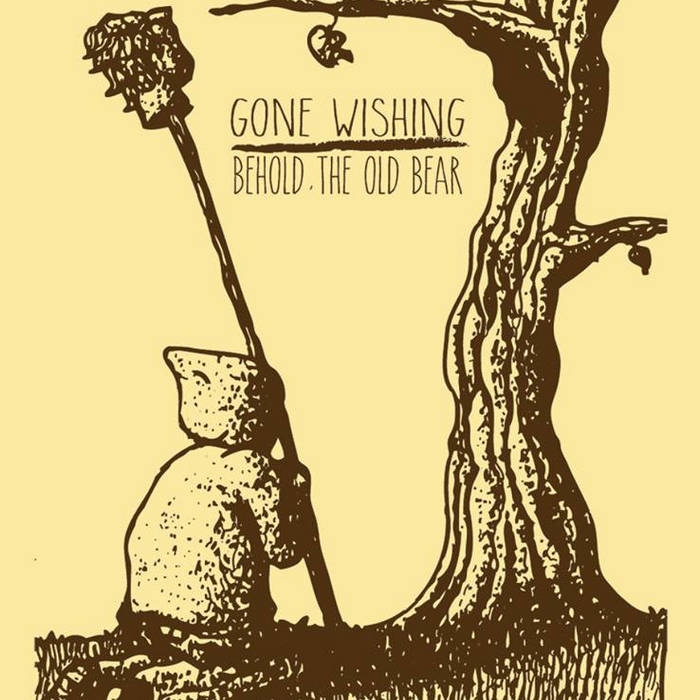 shaunpanda When I first heard Restless Day I just had to get this cassette. The Gone Wishing half is a lovely cherry on a delicious musical cake Favorite track: Restless Day.

Gone Wishing is an acoustic alternative songwriter, with comparison to Bill Callaghan and Mike Kinsella, directing his emotive musing right to the heart. On this release Gone Wishing offers up three brand new tracks; The Watchers, Hoist Your Head Into The Light and Nothing And Nowhere, all of which showcase his heartfelt talent. Gone Wishing has also contributed the artwork for this split release. Please do check out more of his incredible art here - www.facebook.com/gonewishingdoesart

Behold, The Old Bear, led by Raindeer of Mitchell Museum fame, take making fun, quirky and inventive pop music very seriously. With three tracks from them; Restless Days, Demons In Love and Seven Maybe Eight on the other side of this split cassette, we think it's a winning combination.

Massive thanks to Ross for his patience (which was duely tested) and infinite skill, Neil at Scottish Fiction for putting his time and efforts into supporting Scottish music so passionately, Behold, the Old Bear for sharing this tape with me, all my friends and family for being really good people, anyone who's supported my creative adventures be it in music, art or nonsense chat and my amazing ladyfriend Ruby and her awesome supportive skills.

Fuelled by the belief that if you want to discover something new, the best place to look is right on your doorstep, Scottish Fiction focuses on discovering, showcasing, and promoting new music from Scotland to a wider audience.

Bandcamp Daily  your guide to the world of Bandcamp